The temperatures have dropped and we’ve officially made it to Fall here in Wilmington, OH, so all arenas moved indoors today to keep warm and cozy in our expansive climate controlled indoor complex. The massive R+L Arena housed the Main Hunter ring today, hosting 13 entries in the $2500 USHJA National Hunter Derby in the afternoon.

After a quick course change for the handy round, Ella returned fourth in the order of go aboard California. The two improved on their first round, again taking four high options for a score of 82. Their handy round score combined with their first round score of 76 brought the pair’s overall total score to 158. Tenth in the order of go, Tornade Vebe and David Beisel mirrored their first round, earning a handy round score of 79 with four high options, which brought their overall total to 167. Next in the ring, Ella returned with her own Zumanity, riding an impressive round that had the whole crowd cheering for a score of 82, bringing the pair’s overall total to 164, putting her in second place with Zumanity and third place with California. 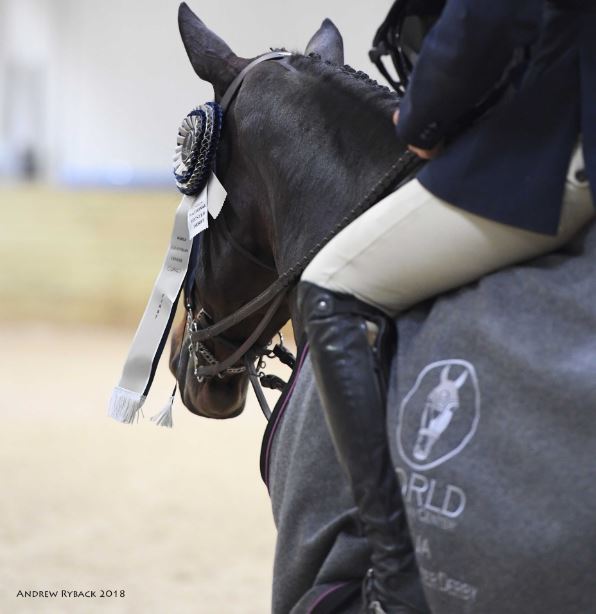 Tornade Vebe’s owner, Christina Tenhendfeld, was thrilled with how her 11 year old bay mare performed during the derby. “She just got here yesterday. She schooled really well and went out today [for the Derby] ready to play!” Christina and Tornade Vebe regularly show in the A/O’s, the Derbies, and the High Adult Jumpers. “This was actually David [Beisel]’s first time riding her, so they were great,” Christina told us. Congratulations Christina, Tornade Vebe, and David on your win today!