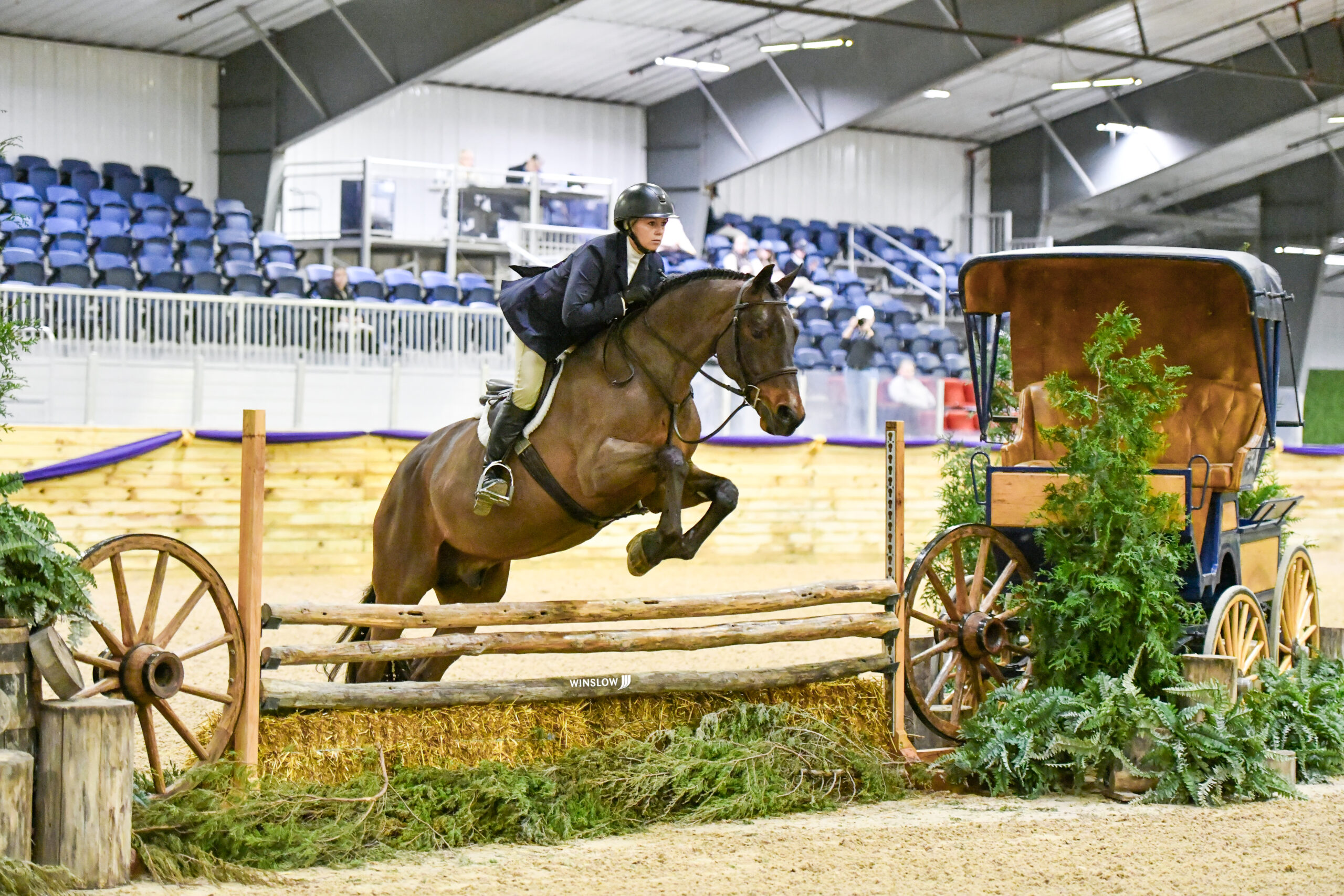 The $10,000 USHJA Hunter Derby 3′ Open division saw a field of thirteen competitors delivering their best efforts in the beautifully adorned indoor arena. Jessica Borton of Hunters Court Farm in Johnstown, Ohio and Kim Tarnapoll’s Legolas (Rasch x Landfee I) towered over the competition, scoring 85.5 in the first round and 88 in the handy, totaling 173.5 to take home the big win.

Although six months pregnant, that didn’t stop Jessica from delivering top-notch performances in today’s open derby class. “I’ve ridden Lego for three years now and we have competed in the national derbies the whole time we have had him. He is wonderful and always a great ride. All of the singles and turns on today’s course were great so I could really show him off – he is super handy!”

Congratulations on your pregnancy and your WEC win, Jessica!

The pair’s stylish qualities imprinted on the judges early on in their rounds. “Hazel was perfect for me. This was my first derby win at WEC and my second USHJA Derby win! I really enjoyed the course since it had a lot of singles and only one bending line. The bending rode really great in the 8 like Sarah, Michaella and I had planned to do and the rest was just finding the singles. I always try to show Hazel off in the beginning and end because her trot is great, and I knew she would jump great over the high options, especially the hedge and natural over. As long as I found those, I knew she would look beautiful. I found the Oxer a bit long but she jumps great out of that distance so it wasn’t any worry.”