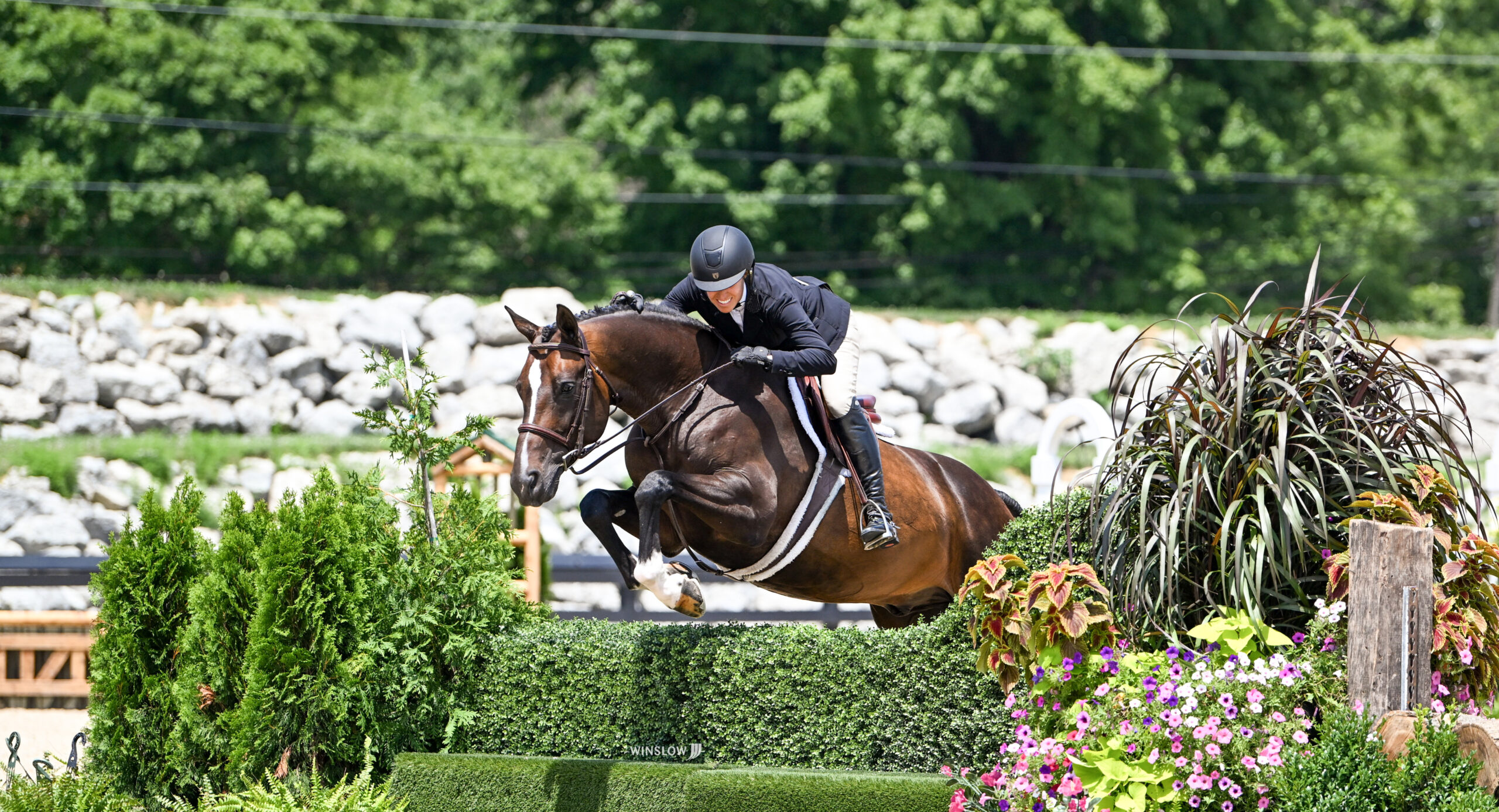 WEC caught up with Catherine to chat about her winning ride. “This is my son’s horse! He’s in California this week at surf camp, so I borrowed him to show! I’ve shown him one other week at WEC Ocala, and he is such a blast. We won our class there, too.”

“He jumped the options so well through both rounds. He is such a classic jumper and that is why I wanted him for Luke. He’s just so good for us. I don’t ride very much anymore, but I really enjoy riding this guy.” said Catherine.

Rinehart and Hero completed a fancy handy round to earn a score of 88 from the judges, for a two-round total of 179.

Melissa Donnelly and Hunter Derby extraordinaire, Corlando 49 (Cartani x Olanda I), delivered their usual stylish performances. The mighty gray gelding floated seamlessly to earn a score of 81 in the first round, followed by a class-topping 93 in the handy, for a combined score of 174 to win second.

“I’m so grateful to Polly Howard for allowing me to ride this guy. He is a very good boy! He was so attentive to me, did everything I asked of him, and he helped me in a few spots for sure,” mentioned Emma.

Drawing an early ride, Paul and the glistening chestnut gelding were sure to put on a show. The pair impressed the judges, notching a first-round score of 90, making the top twelve cut-off to secure a spot in the handy round.

Later returning for the second round, Paul and The Huntsman seized their first-place fate, riding exceptionally to earn an 83 score, combined to 173 for the first-place ribbon.

Taking home the $10,000 USHJA National Hunter Derby 3’ Non Pro second place award was Kiera Phlipot and her own Red Roc (Roc USA x Rhea). Just barely reaching the cut-off in round one with a score of 79, Phlipot and the talented gelding reached monumental heights in the second round. Their pair graciously marked a 91, making a leaderboard comeback to notch second place honors.

First place rider Emma Paul and her own Full Count rounded out the $10,000 USHJA National Hunter Derby 3’ Non Pro top three with scores of 82 and 86 for a combined 168 for a third-place finish.