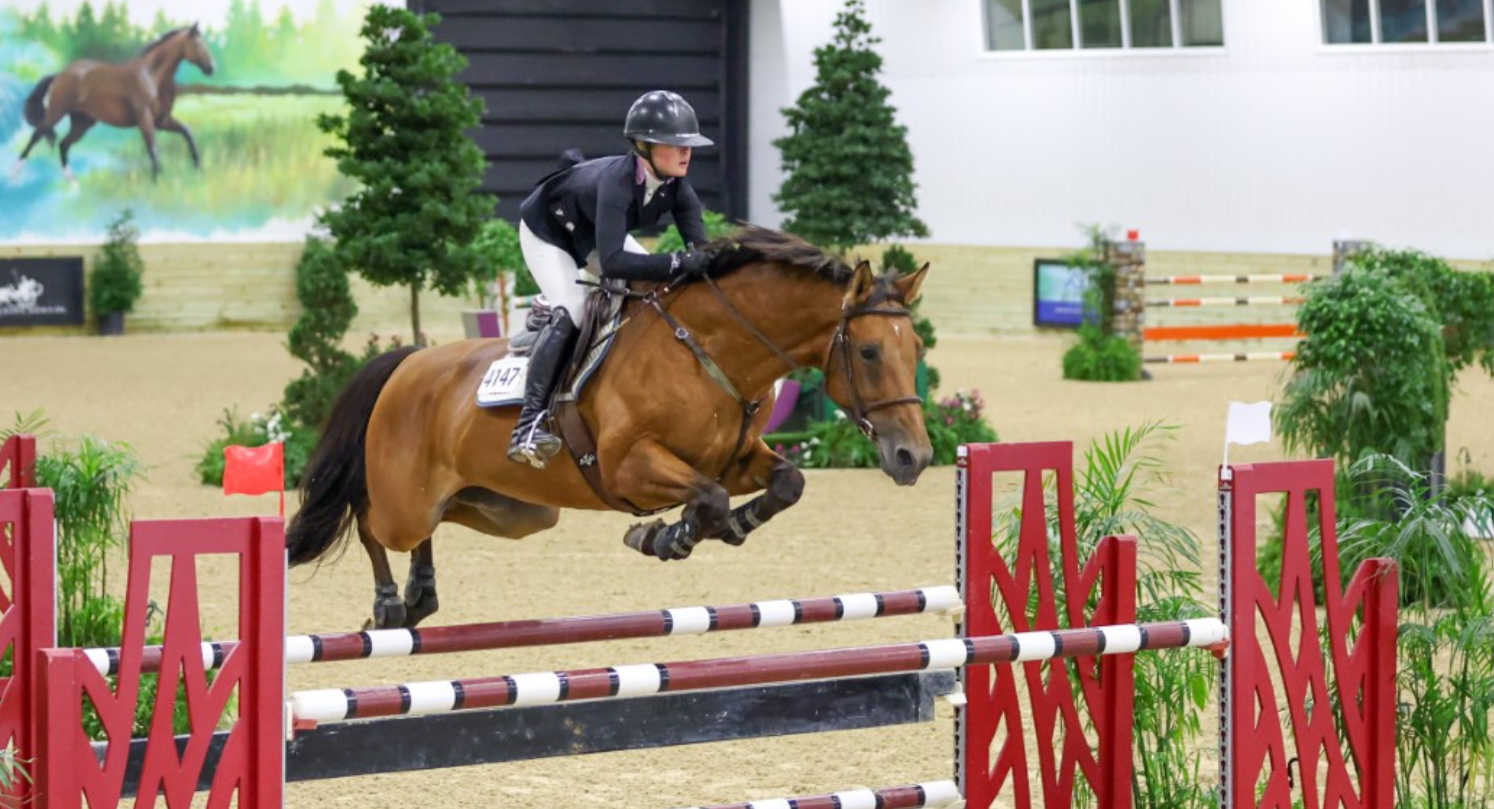 This evening’s $30,000 WEC Grand Prix opened up with a special performance by Vinni the Mini and Leigha Schrader of Days End Farm Horse Rescue. The Days End Farm Horse Rescue is a nationally renowned nonprofit organization dedicated to the rehabilitation of horses in need. Their 5-year-old ambassador, Vinni the Mini, was seized by animal control in 2018 and has since completed the DEFHR rehabilitation program. He now serves as a spokespony for rescue horses everywhere.

World Equestrian Center is proud to support DEFHR – Visit their website at DEFHR.org to get involved and show your support.

Izzy Beisel put on a heart-stopping show tonight as the 14-year-old junior rider stepped up to conquer the $30,000 WEC Grand Prix aboard Diaz Barbotiere (Messire Ardent x Quambera Barbotiere), a nine-year-old Selle Francais gelding. Coached by her father, Grand Prix rider David Beisel, she set off for an evening of success winning her first ever Grand Prix.

Beisel and the speedy bay held the leading time through each round, stopping the clock at 61.083 seconds in round one before later returning for the jump-off.

Izzy relied on Diaz’s automatic turning style and push-button speed control to navigate through the short round and secure the 35.854-second winning time to lead them directly into the winner’s circle.

Next in the lineup was Richard L. Rinehart and Diane P. Masters’ Light Show (Quasimodo Z x Predente) taking the reserve placing in the $30,000 WEC Grand Prix. The sporty bay proved his greatness once again, delivering a smooth run in the first round at 66.480 seconds and later returning to complete the jump-off in a quick 36.190 seconds to secure second place honors.

Rounding out the top three placings were Megan Bash of Cleveland Equestrian and Jackson VDL (Zirocco Blue VDL x Design O). The pair stopped the timers in 64.806 seconds in round one, before returning and laying down a 37.221 second beautiful attempt in the jump-off to take home third place.

We caught up with Rinehart after his winning round. “I’ve owned this horse since he was only a few months old, so it is quite special to win and be successful with him. Our first round came up differently than I had hoped. We rubbed a rail pretty bad early on in the course. The jump-off went wonderfully and there was no slowing down once we knocked the dust off. We gave it full speed and he rode great to take the win.”

Rinehart and the eight-year-old bay gelding had winning on their mind, clocking in at 70.886 seconds in round one and 36.003 seconds in the jump-off, riding clear all-around and taking home the $10,000 WEC Futures Prix win.

Sliding into second place was Darby Pease and Tyson Ziebarth’s Fenn, clocking in clear through both rounds, securing times of 72.037 seconds in the qualifier and 38.567 seconds in jump-off.