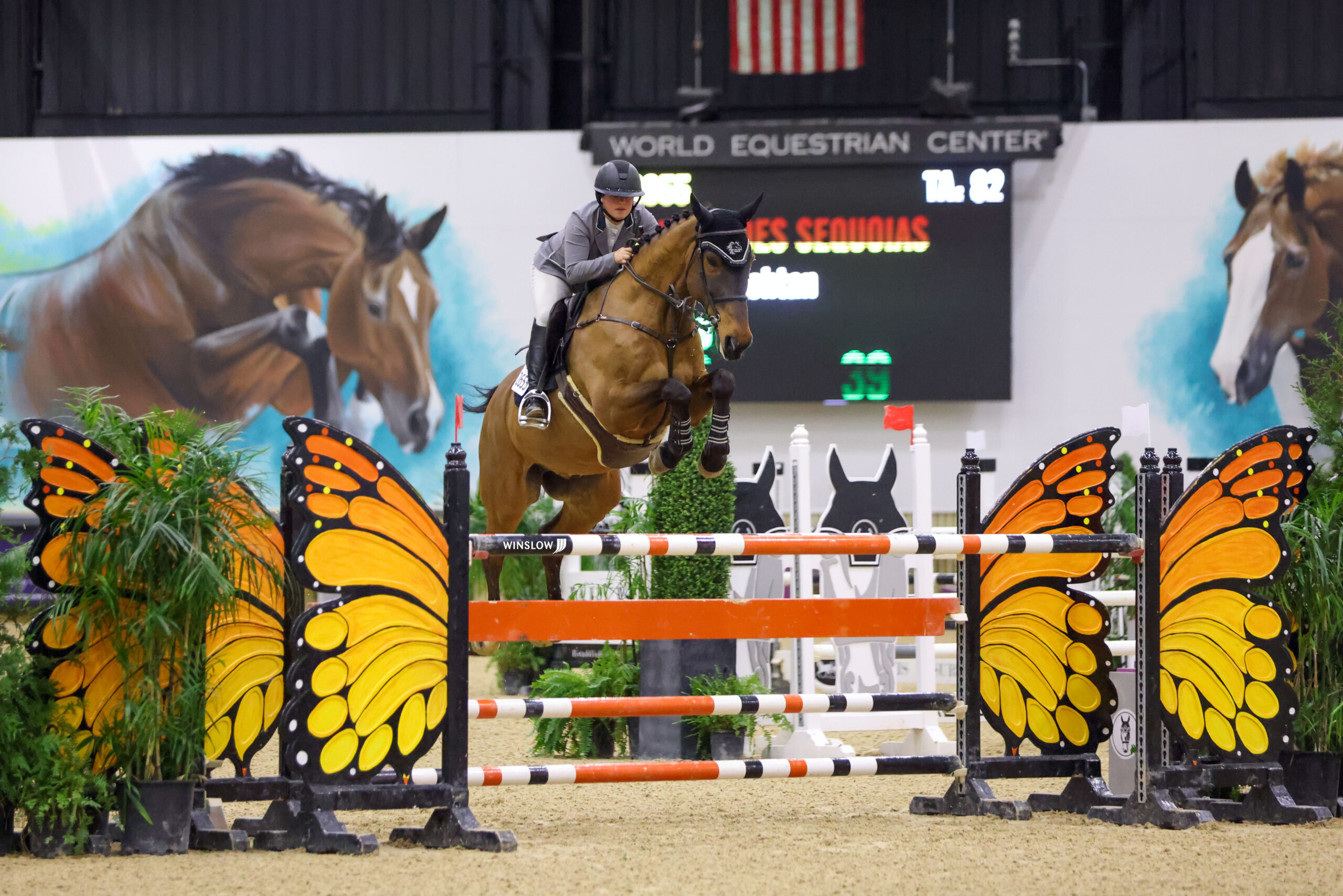 Loochtan of Stone Creek Stables in Georgetown, Kentucky, and Caiman des Sequoias were the second distinguished jumper pair to contest the Welcome Stake. Loochtan and the 14-year-old Belgian Warmblood gelding were all business, being sure to leave all the rails up and post a time of 71.563 seconds, well within the 77-second allowed time.

They immediately caught their breath before tackling the short course, where they proved to quickly set the pace for the remainder of entries. Loochtan and her partner of four years sped through the winding track, easily maneuvering through tight inside turns and galloping to cross the timers in just 35.170 seconds to ultimately take home the blue.

“From jump 4AB to jump 6 in the jump-off, he was able to gallop and then make a very quick turn back. I also got lucky on the last two jumps because we were a little deep, which helped our time. I know this horse like the back of my hand – we’ve been together for four years now and he is just the best. He’s perfect. He can be kind of spicy and he has a short stride so you’re able to make things work.”

Former Welcome Stake winners Megan Bash and her own Jackson VDL (Zirocco Blue VDL x Design O) were hot on Loochtan’s trail. Bash of Cleveland Equestrian in Novelty, Ohio, and the 8-year-old Dutch Warmblood gelding are a new force to be reckoned with in the jumper arena. The duo went shortly after Loochtan, posting a time of 71.704 seconds in round one, and then directly went clean to produce a jump-off effort that stopped the clock at 35.480 seconds to land the second place spot by only a fraction.