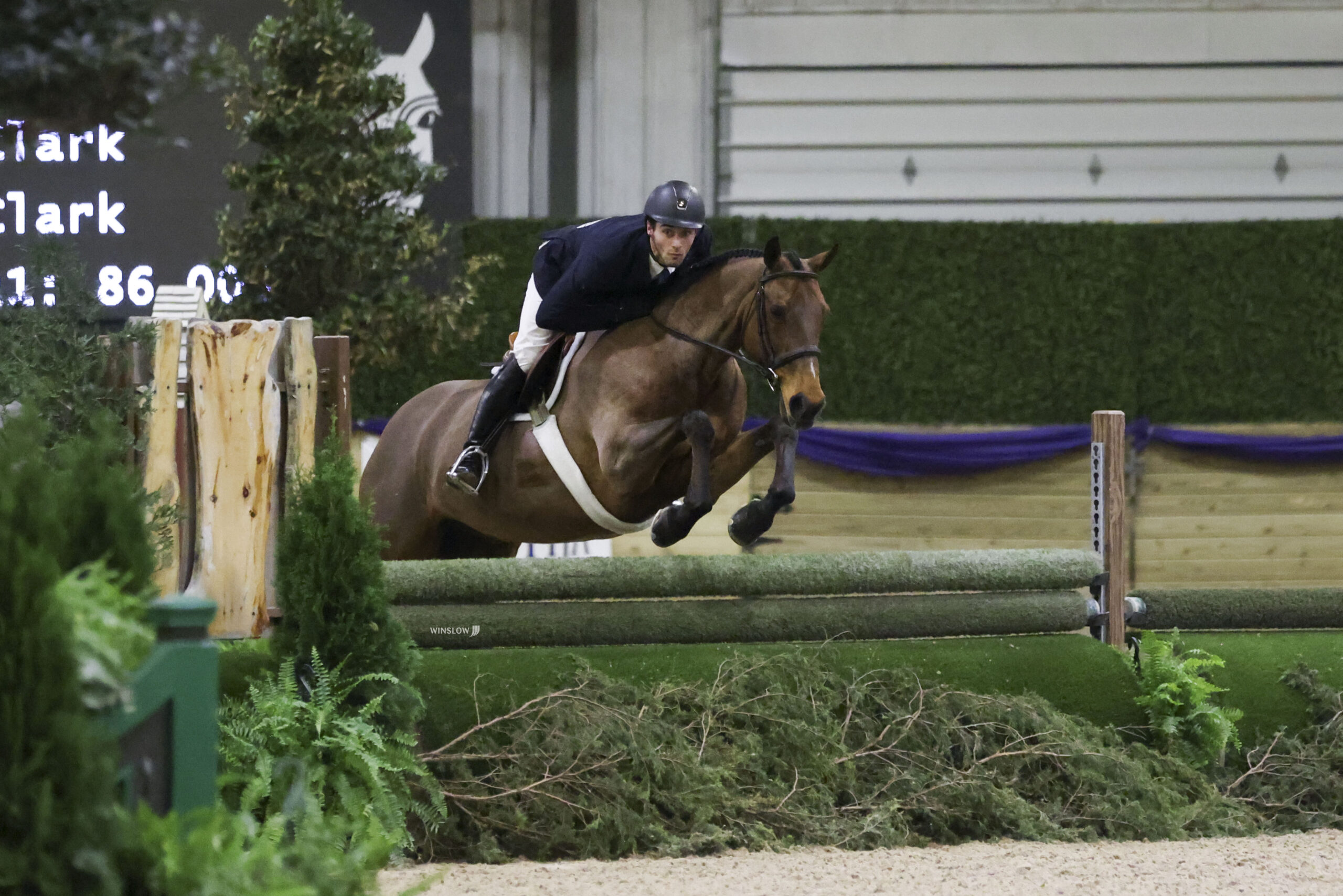 Bobby Murphy of Lexington, Kentucky set the beautiful courses which featured brilliant natural details, long approaches to fences and plenty of options for riders to show off their horse’s bold, athletic abilities and handiness.

A competitive field of nineteen entries contested the $10,000 USHJA Hunter Derby 3′ Open with scores reaching the nineties. After climbing the rankings over the past several weeks tonight’s victors earned their spot in the winner’s circle with a bold and brilliant performance. Oakley Clark of Middlebury, Vermont and his own Billy Irish (Guy Cavalier x Lady Mary) captured their first $10,000 USHJA Hunter Derby 3′ Open win at World Equestrian Center.

Clark and Billy Irish gave it their all through each round, “I love this horse! This course was made for him – there was so much extra fill and it was pretty spooky. He is the bravest horse ever and that really shined through. I gave him my full trust to gallop right at the scarier jumps and he was perfect. I knew he would look through the bridle and march right to some of these more impressive jumps. Sometimes people will ride more defensive to these spookier jumps but I was able to lead him to them without thinking twice.”

Taking the lead by more than ten points, Clark and the fifteen-year-old Irish Sport Horse gelding soared to the top by earning 86 points in the first round and 90 points in the handy.  Their stylish efforts through both tracks earned the pair a combined score of 176 points and first-place honors.

Clark went on to applaud the folks behind the scenes, “I want to thank my team. I have an awesome group in the barn and my husband JC has helped my riding so much. They make this all possible!”

We caught up with Skylar to chat about today’s win. “Bonne Starlight was incredible and he was on his game all day. From the warm up to the show ring, he was with me every step of the way. This horse loves a challenge and I was excited to ride the more spooky course. He is on the greener side but so brave and he jumps better when there is more for him to look at!”

Tonight Wireman and the stylish 10-year-old Hanoverian gelding delivered their usual impressive performances – earning scores of 89 in the first rounds and a 94, the highest score of the day, in the handy. Their exceptional efforts produced a final score of 183 points to secure the win.

Ride for David: Over 300 riders have entered tomorrow’s $50,000 Ride for David Grand Prix! Join us tomorrow live in the Sanctuary arena or online at ClipMyHorse.TV. All entry fees are donated to David Beisel.  Additionally, we will be hosting an exhibitor party in conjunction with the Grand Prix.