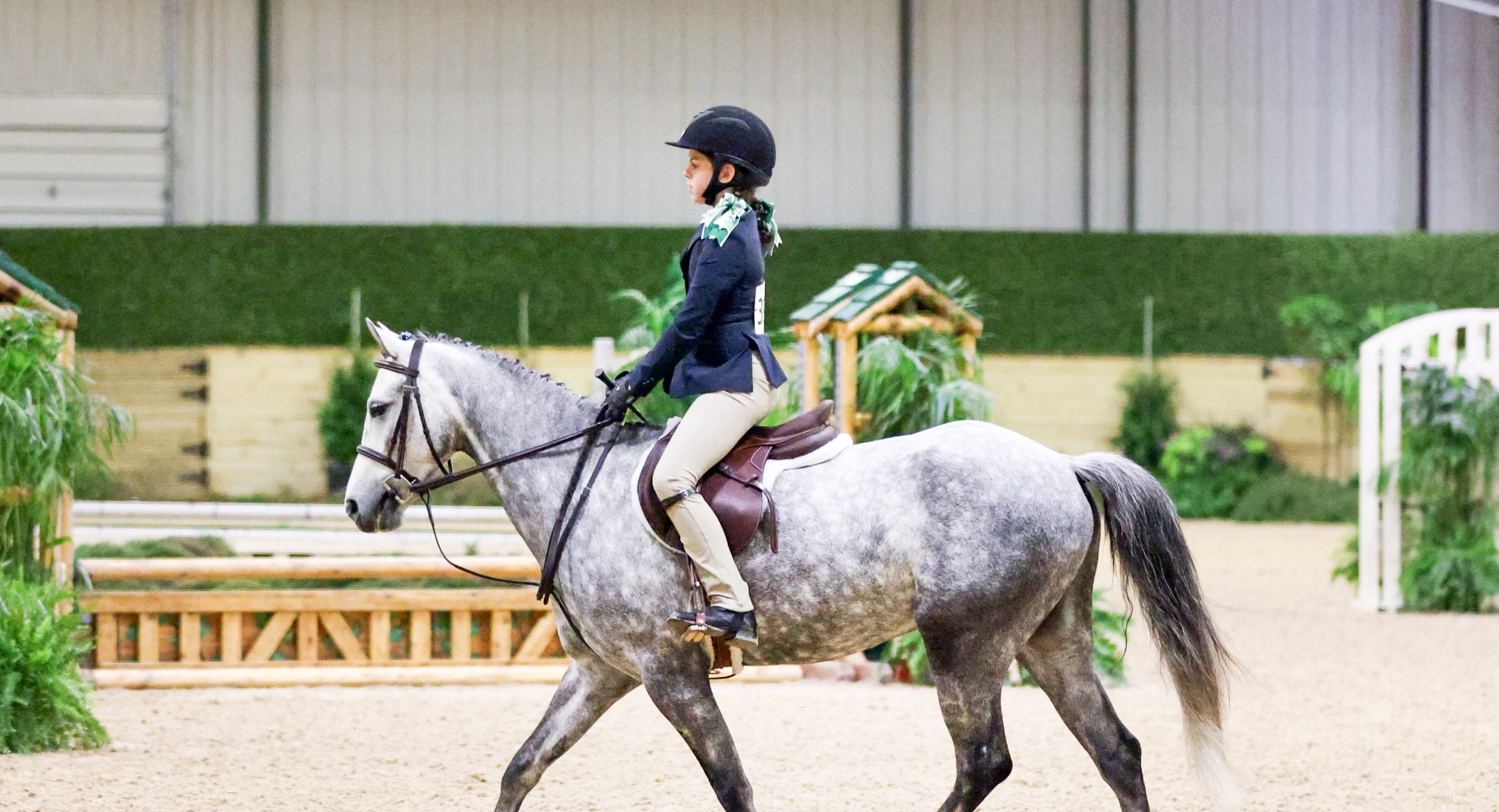 This week’s Sunday Spotlight shines on Wynter Delarm, a 10-year-old rider from Avon, Ohio. Wynter is new to the equestrian scene and recently began showing her two ponies, French Toast and Eastern Charmer. She works hard to shine in the show ring and is quickly advancing her skillset. We chatted with Wynter and her mother, Natalie, about her horses, her riding career and showing at WEC.

WEC: How is this week’s show going?

Natalie: Wynter is having a great show! We are learning so much and having so much fun. We purchased two ponies in February, so this is their first big outing. She showed one in ground poles and one in cross rails and won a combination of first, second and third place ribbons.

WEC: When did you begin riding and showing?

Wynter: I began riding in September of 2021 and started showing in January of this year. Our first horse show was at WEC. I love showing and competing with the other riders.

Natalie: Wynter was a great athlete. She was a competitive figure skater and tennis player, but we decided to go in a new direction when indoor sports halted in 2020. We’ve been hooked on horses ever since.

WEC: Tell us about your new ponies.

Wynter: My ponies are French Toast and Eastern Charmer. French Toast is a nine-year-old palomino. ‘Hero’ is my other horse and he is a gray who just turned four. Hero and I show in ground poles and I show French Toast in the cross rails class.

WEC: What are your riding goals for this year and the long term?

Wynter: This year my goal is to jump a little bit bigger and show in some higher-level classes. Later down the road, I would love to qualify for Pony Finals in Lexington.

Wynter: We ride with Linda Radigan of River Bend Jumpers. I usually ride five days a week. Luckily we only live 25 minutes away from the barn, so I can ride quite often! We had fun watching Linda show in Saturday’s Futures Prix class.

Thank you, Wynter! We can’t wait to see you and your beautiful string of ponies back at World Equestrian Center.