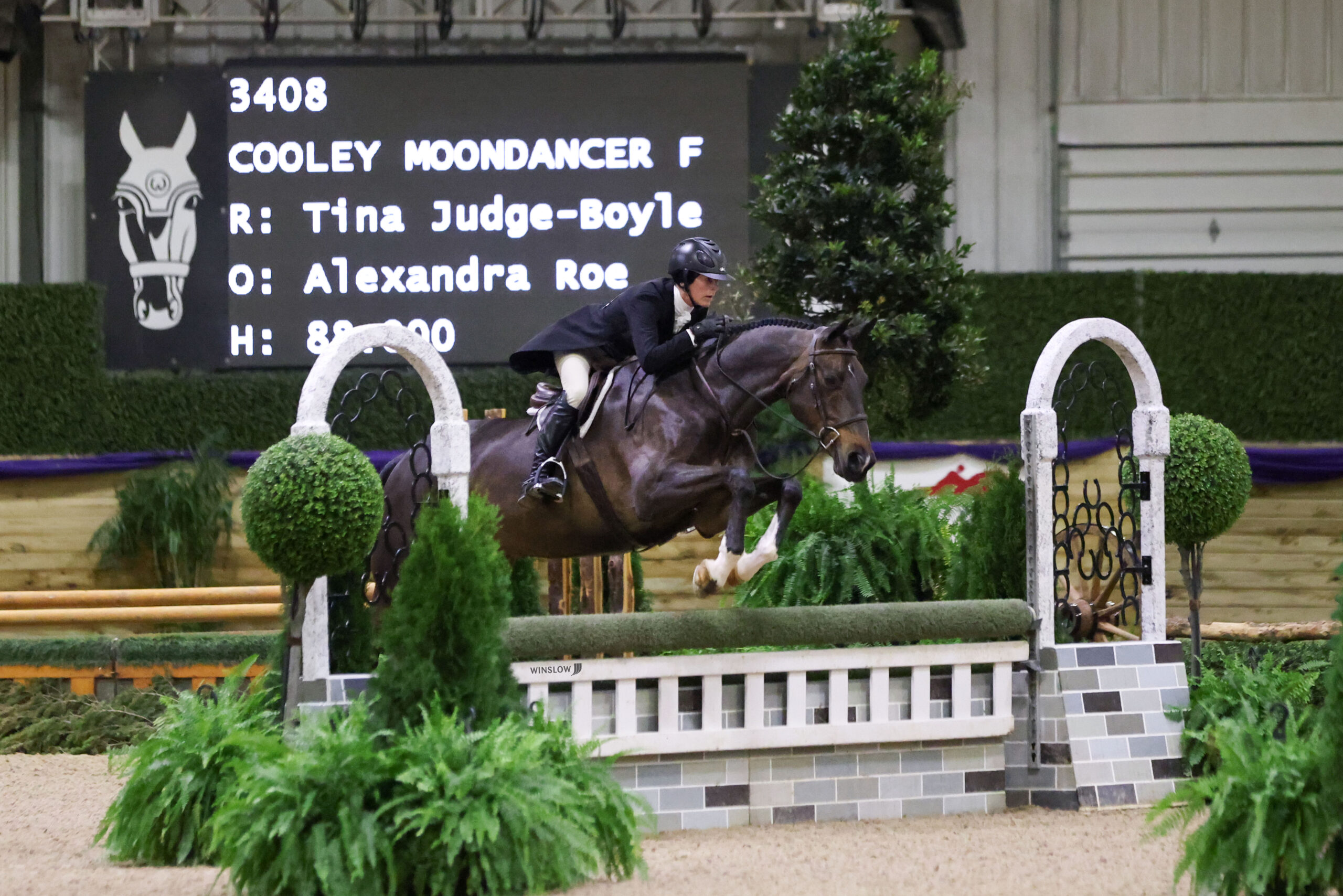 Judge-Boyle of Judgement Farm in Oswego, IL used Cooley Moondancer F’s specialized skill set to pull off today’s derby championship. “We don’t take this horse to a lot of horse shows, but every time he goes we know he will do well. He is a diva and knows that he is a really cool horse. He has a big opinion and he likes to dictate his classes. He is such a performer and always does his job well. He seems to love showing at WEC.”

The pair earned a score of 87 points in round one and later returned for the handy to score an additional 89 points. Their grand efforts totaled 176 for blue-ribbon bragging rights.

Cooley Moondancer F is owned by amateur rider Alexandra Roe, who competes with the twelve-year-old Dutch Warmblood gelding in the Amateur/owners 3’3” classes. Her trainer and winning rider, Judge-Boyle added, “He was able to show himself off in the handy round. He was a little fresh in the first round, but once we started turning in the handy he went to work and was game on!”

Hannah Kohler and Cindy Locke’s Stage Light (Number One 32 x Luna Z) stole the win during tonight’s $10,000 USHJA Hunter Derby 3′ Non-Pro held in World Equestrian Center’s R+L Arena. The course was similar to that of the Open division, featuring long bending lines and tight rollbacks in the handy round. Four height options were open to jump in each round, the winning team opted to jump the higher efforts for extra points.

Stage Light is a newer mount for Kohler, who mentioned, “He was imported back in November of 2021. Ellen Baehr is my trainer and she is helping bring him along. He is such a great horse!”

The dazzling team bested twenty-seven entries and showed off their own unique style through both the qualifying round and the handy, turning in scores of 90 and 93, totaling 183 points to win the class.

“Stage Light is so confident in himself and that shines through in the ring. He goes in, knows his job and is just flawless. He’s a really good boy. Going into the handy I went in with a mindsight of being slick with everything and making all of my turns extra tight and ensuring that he remained smoothly through it all.”, Hannah went on to say.