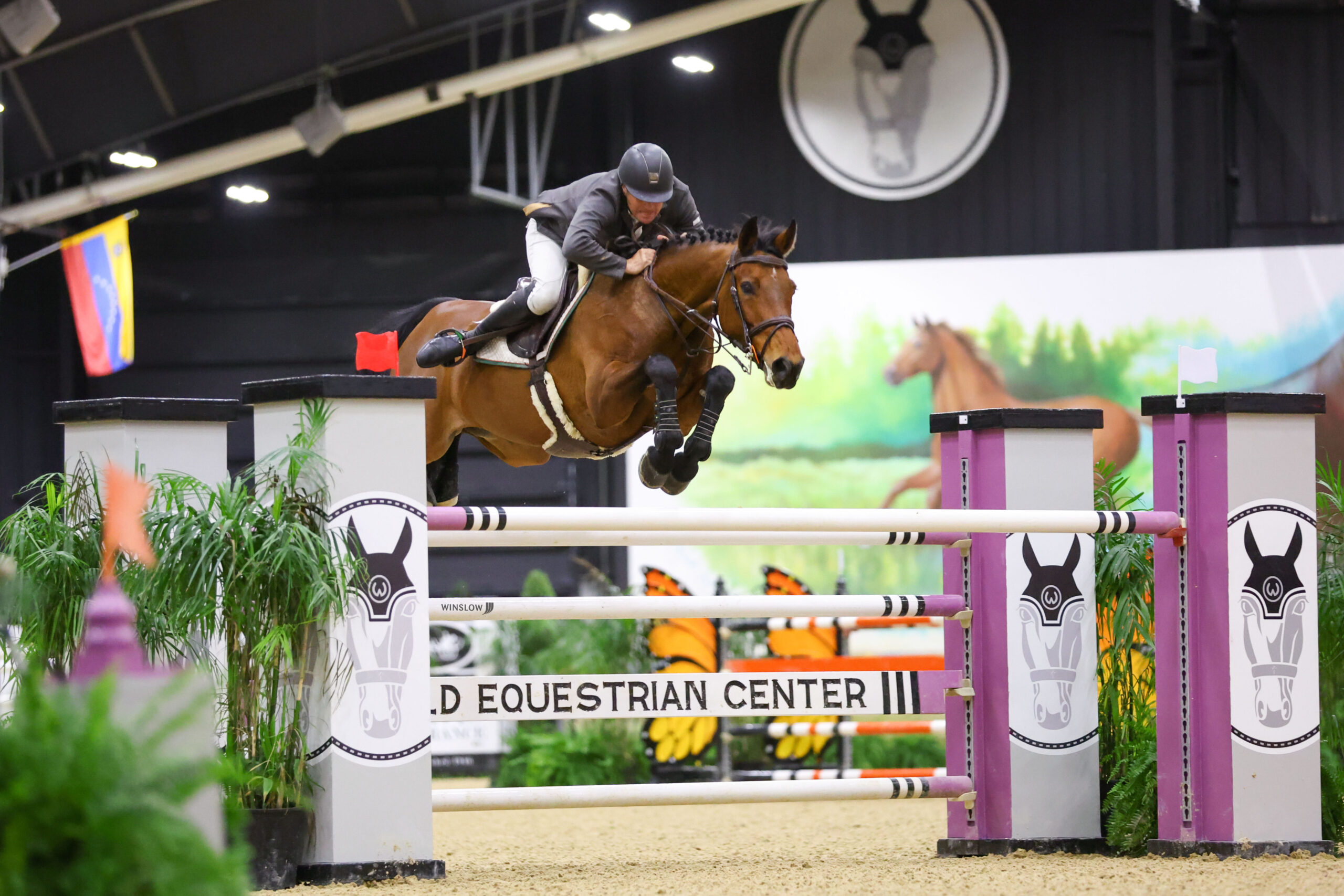 “We had a nice three weeks off from showing. I originally planned to only take one week and go snowmobiling, but it ended up being three. It was a great break mentally for me and my horse. We brought her back fresh and feeling good,” added Kevin. He and Catch a Star HSS have spent most of the winter away from their home base of Lexington, Kentucky to show at World Equestrian Center – Wilmington’s Winter in the Midwest show series.

The pair delivered their usual captivating performance; lightning-fast and careful over each effort. McCarthy expertly maneuvered Catch a Star HSS to a first-round qualifying time in just 75.632 seconds. They later returned, first to go on the jump-off course. The team appeared to approach the final track with a similar game-plan, to go fast and clear. They galloped over each effort, meeting each jump out of stride, to secure the $30,000 WEC Grand Prix win in just 42.942 seconds.

McCarthy was complimentary of the track. “The course was lovely but also quite a testing track. Micheal builds very nice courses and I’ll take the win when I can get it… The main thing I would like to say is that we all miss our friend David (Beisel) and I wish him a speedy recovery. He makes it much easier to win when he’s not around, but we do miss him quite a lot!”

An up-and-coming field of talented entries contested the afternoon’s $10,000 WEC Wilmington Futures Prix. The Futures Prix allows teams who are moving up to the higher levels of competition to gain experience and better prepare them for the highly prestigious Grand Prix level. Three competitors advanced into the jump-off round, but just one finished double clear.

Charlotte commented on her new ride, “This mare is new in the barn and has mostly been shown by her owner in the Junior jumpers. She is owned by Emily Bobo, but because Emily is not showing this week, I decided to take over and enter her in the Futures Prix.”

Tonight they blazed the tracks, effortlessly tackling the bending lines and sharp inside rollbacks of the qualifier. The pair notched a first-round time in a fault-less 68.369 seconds. They immediately returned for the jump-off, galloping through the timers in 37.498 seconds to take home the big win.

“She’s awesome to ride, fast and so brave. She’s a real character in the barn, too. Today’s course was a little difficult in the bending lines. You had some choices throughout the course, which was nice. She is surprisingly better during the harder courses. I think it keeps her mind occupied and it stays fun for her. She shined in the jump-off. She is great at turning and is always looking for the next jump”, mentioned Charlotte.

Our dear friend and longtime WEC competitor, David Beisel, was involved in a devastating riding accident on March 12th. Donations and kind words may be given here: