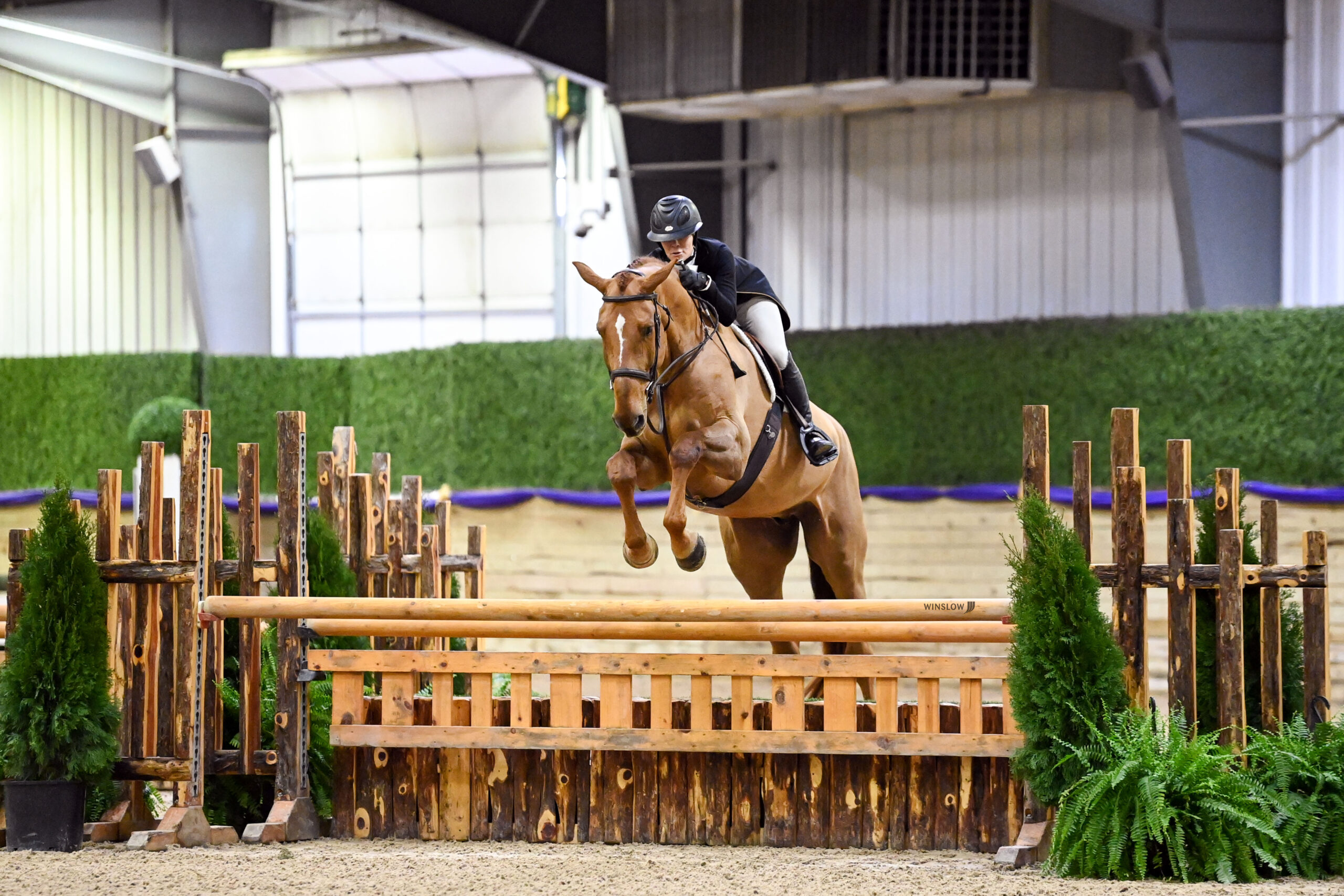 After Hours is a brand new mount for Hutchinson “He is fresh from Europe. This is his first show in America. He was a jumper in Europe and he is now fantastic as a hunter!”

The pair delivered two flawless rounds as Hutchinson and the stunning 8-year-old Oldenburg gelding negotiated the course with confidence and grace. The judge awarded their style with scores of 85 and 92, totaling 177 to seal the deal.

Liz went on to say, “My favorite thing about him is his brain. Of course, he also turns amazing for a hunter and he stays in the center of the jump. He tries his heart out and he was fantastic on today’s course. There was a lot off the eye; the two bending lines that were related did not have to be related. The judge did a great job of taking that into consideration. It flowed nicely and I enjoyed riding it.”

Finishing in the second place spot was At Last and Alisa Berry of Jason Berry Stables in Verona, Virginia. Berry and the nine-year-old gelding received scores of 82 and 88, equaling 170 points for a red ribbon finish.

Third place was presented to Mandy Vergerio of Red Star Equestrian in Mars, Pennsylvania, and Dianthos XO (Diarado) owned by Linda Cromie. The duo notched an 83 in the first round and a high score of 86 in the second round, tallying a two-round score of 169.

For the second week in a row, exhibiting in the $10,000 USHJA Hunter Derby 3′ Non Pro, Amanda Wildauer and Cassano take the lead.

Wildauer piloted the much-impressive Cassano (Contendro Q), a 10-year-old Oldenburg gelding, to notch the highest scores in the class. The pair caught the judge’s eye and were awarded a 90 in round one and 92 in the handy, totaling 182 for the win.

We chatted with Non Pro Derby winner, Amanda Wildauer after the conclusion of the awards ceremony. “Cassano was great today. I liked the bending lines and it rode really well.  From our win last week to today’s competition we didn’t change much. I focused on going forward, staying straight and keeping my leg on him to help get him over the jumps.”

Securing the second-place on the judge’s card was Skylar Wireman of Bonsall, California, and Mz Farms LLC’s Bonne Starlight (Bonne Chance x Lughana). The three-ring rider and the stylish 10-year-old Hanoverian gelding soared over each effort, capturing scores of 85 and 92, totaling 177 for a red ribbon finish.

Rounding out the top three placings were Katie Durrer and her own Atoka (Catoki x Cara) who earned well-deserving scores of 87 and 84, adding up to 171 for third place honors.