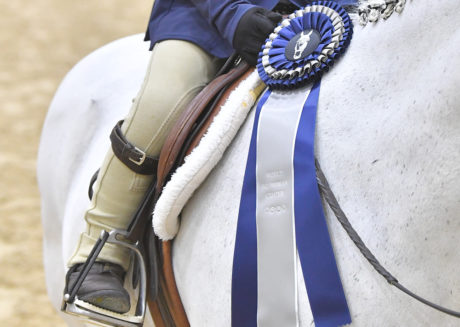 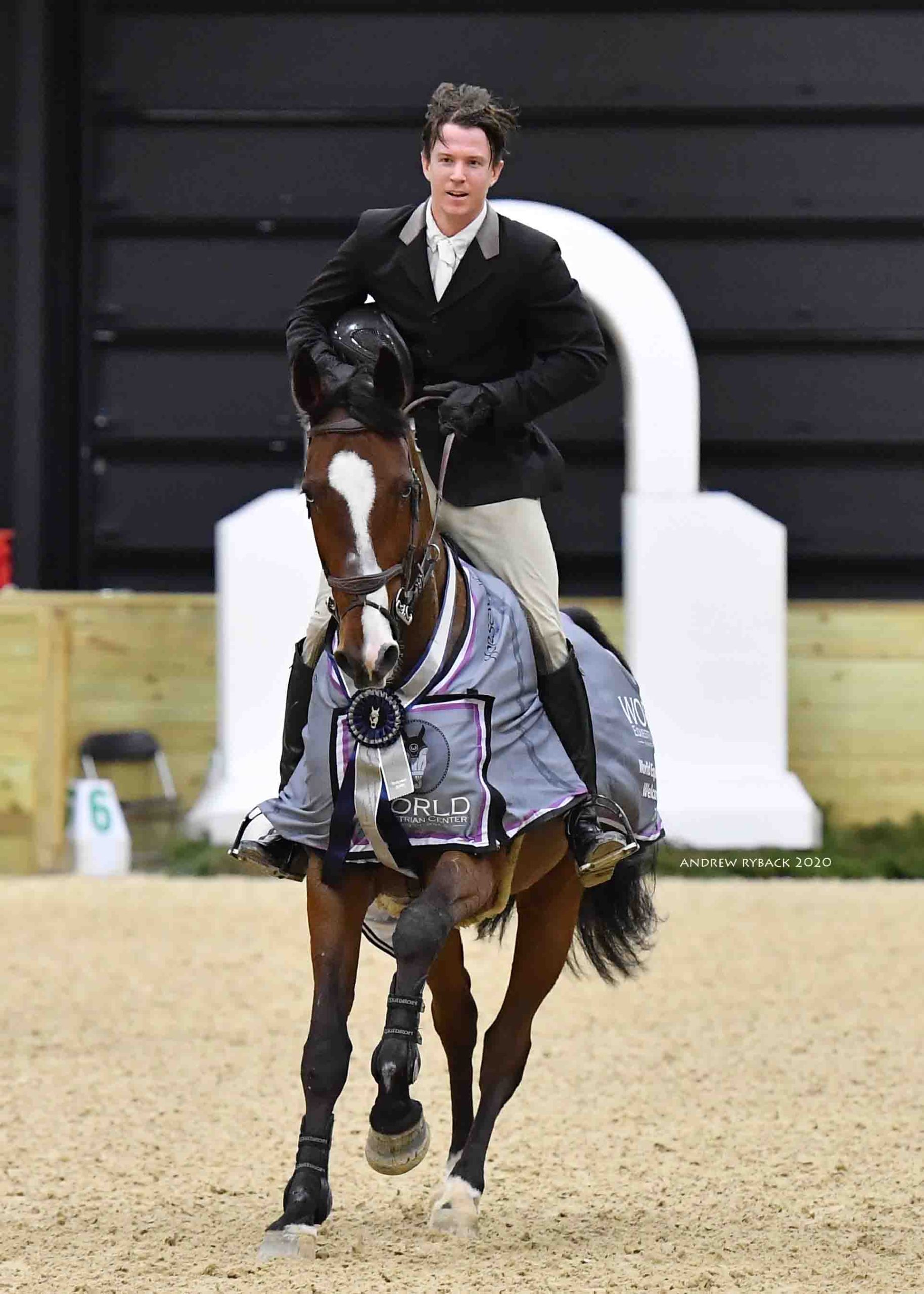 Thursday kicked off feature jumper action with the $5,000 Welcome Stake 1.35 sponsored by CWD Sellier. Four entries managed double clear rounds, but it was Michael Kocher aboard Andy Kocher’s Honfleur that prevailed for the win. It was a sweep for Kocher, as he also took second place aboard Captain Jack Sparrow H (Cassin x Unicutus). Kocher and Honfleur were the first to tackle the course, delivering a foot perfect round in 66.508 seconds, then continued straight to the jump-off to negotiate the short course in what would prove to be an unbeatable 34.427 seconds. Last in the ring, Kocher piloted Captain Jack Sparrow H to a clear first round in 71.521 seconds. Kocher stepped on the gas in the jump-off and Captain Jack Sparrow H responded by picking up the pace and negotiating the short course clean and clear in 35.232 seconds, landing them in second place. Kocher was thrilled with the results saying, “I’m really happy Honfleur. We moved her up and had the Welcome win earlier in the winter. She stepped up to the Grand Prix last week and she was great. This was Captain Jack Sparrow’s best result to date and I’m really happy with him.” 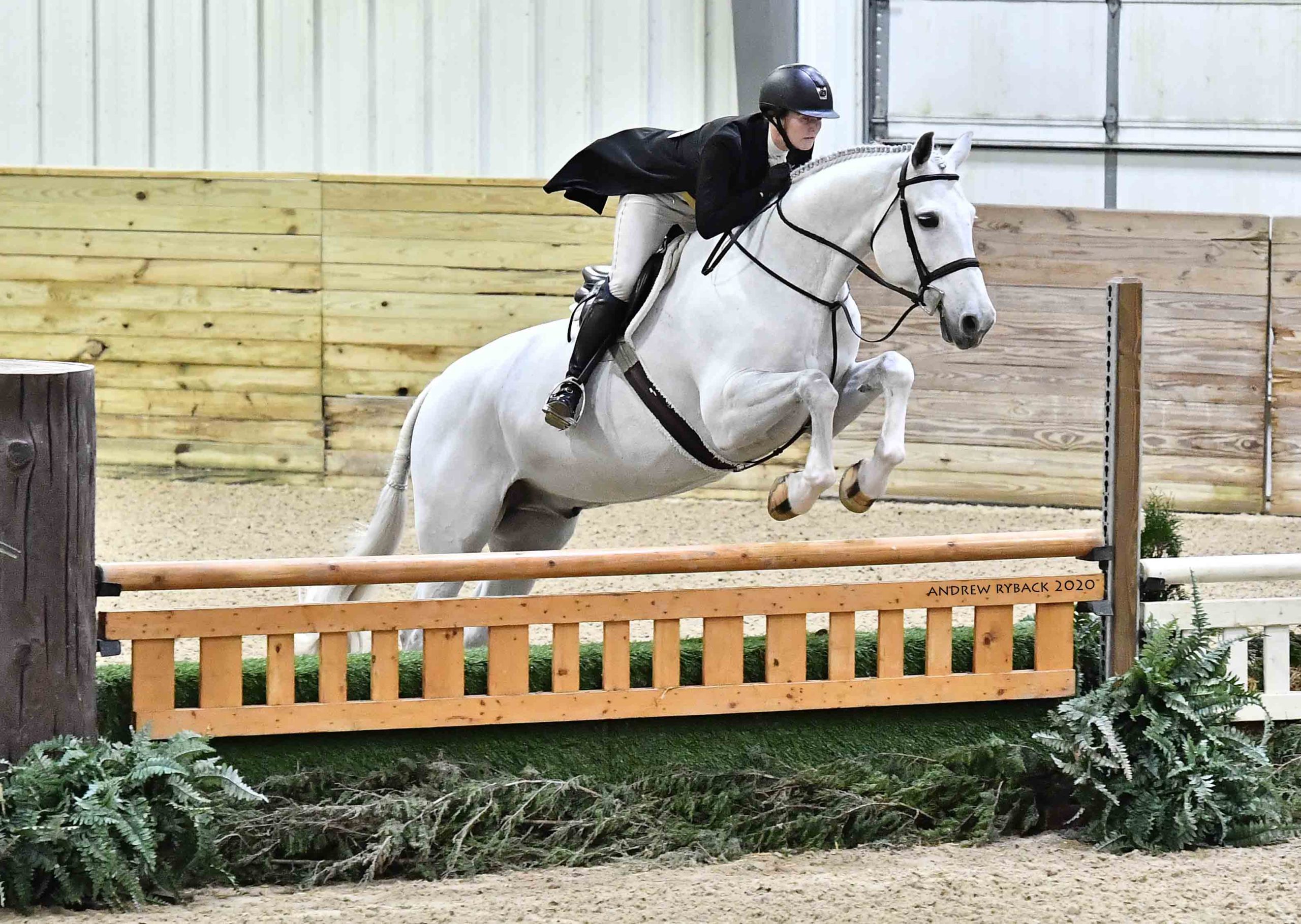 Friday brought a field of 32 entries to the R+L Arena, all vying for the win in the $5,000 USHJA National Hunter Derby. Melissa Donnelly and Elizabeth Becker’s Corlando 49 (Cartani x Olanda I) were victorious in the class, remaining atop the leader board throughout the evening. The pair laid down a brilliant first round effort, taking all four high options and earning a score of 89. Donnelly and the gray Holsteiner gelding returned later for the handy round, navigating another brilliant round to earn a second 89, bringing their total overall score to 178 to win the class. Donnelly was complimentary of the Tucker Williams-designed course, “It had a nice, flowing feel. I especially liked the change of track. The course offered riders a lot of options and it was adjustable for different lengths of stride. Corlando 49 is 17 hands, so it suited him really well.” 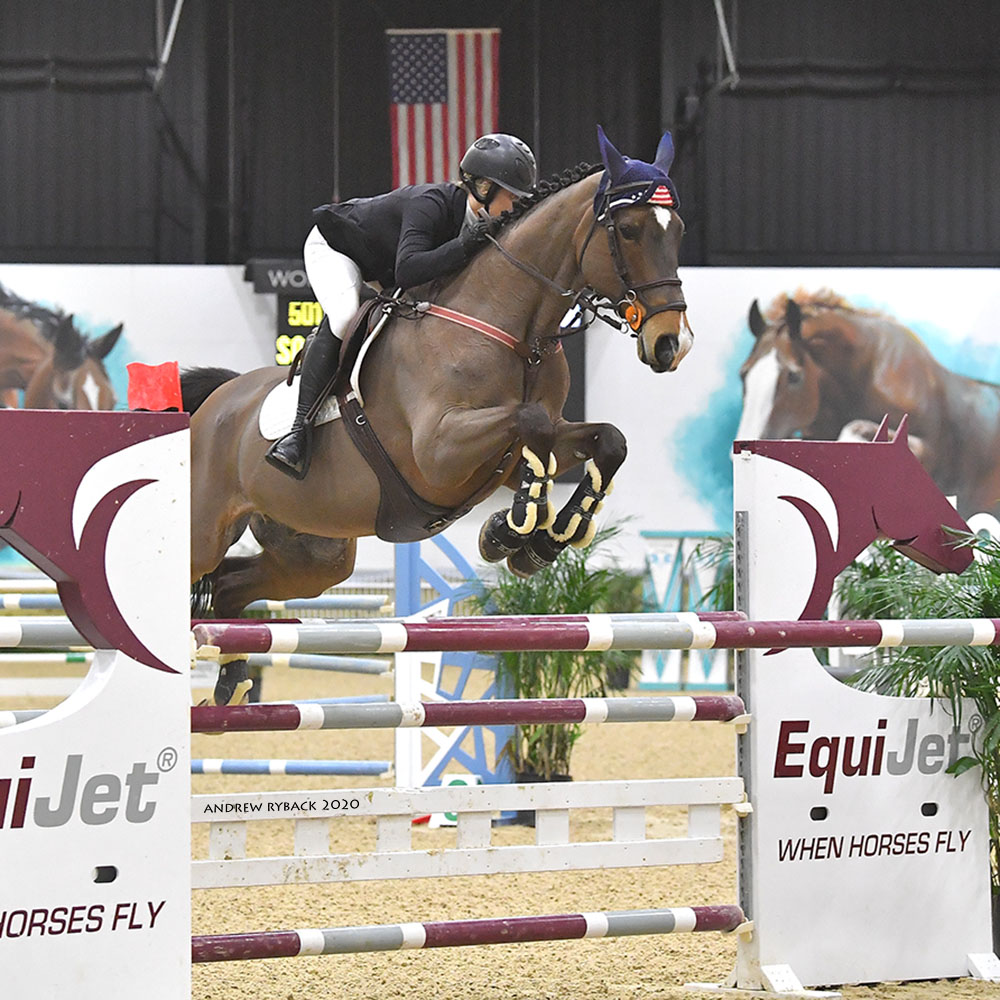 Saturday’s $25,000 World Equestrian Center Grand Prix saw a win for amateur Keely McIntosh and Jenny Booth’s 14-year-old Selle Francais gelding, So Live Helau (Dollar Du Murier x Ador De La Crasne). The win marked the pair’s second Grand Prix victory at World Equestrian Center, as they previously won the $10,000 WEC Grand Prix in October 2019. McIntosh and So Live Helau were second to last on the order of go, jumping clear in a time of 75.513 seconds, signaling that they would be tough to beat on the short course. The pair returned last for the jump-off and galloped through the timers with a clear round in 37.284 seconds to win the class. McIntosh commented on her ride, “The course rode like it walked. There were some real questions out there tonight – some lines had half strides – but (So Live Helau) answered all the questions really well. The time allowed wasn’t a problem for us. I did a roll back from the in and out to the oxer and the tall yellow vertical – I wasn’t planning it, but I got to the oxer and he was right underneath me, so we went inside.” 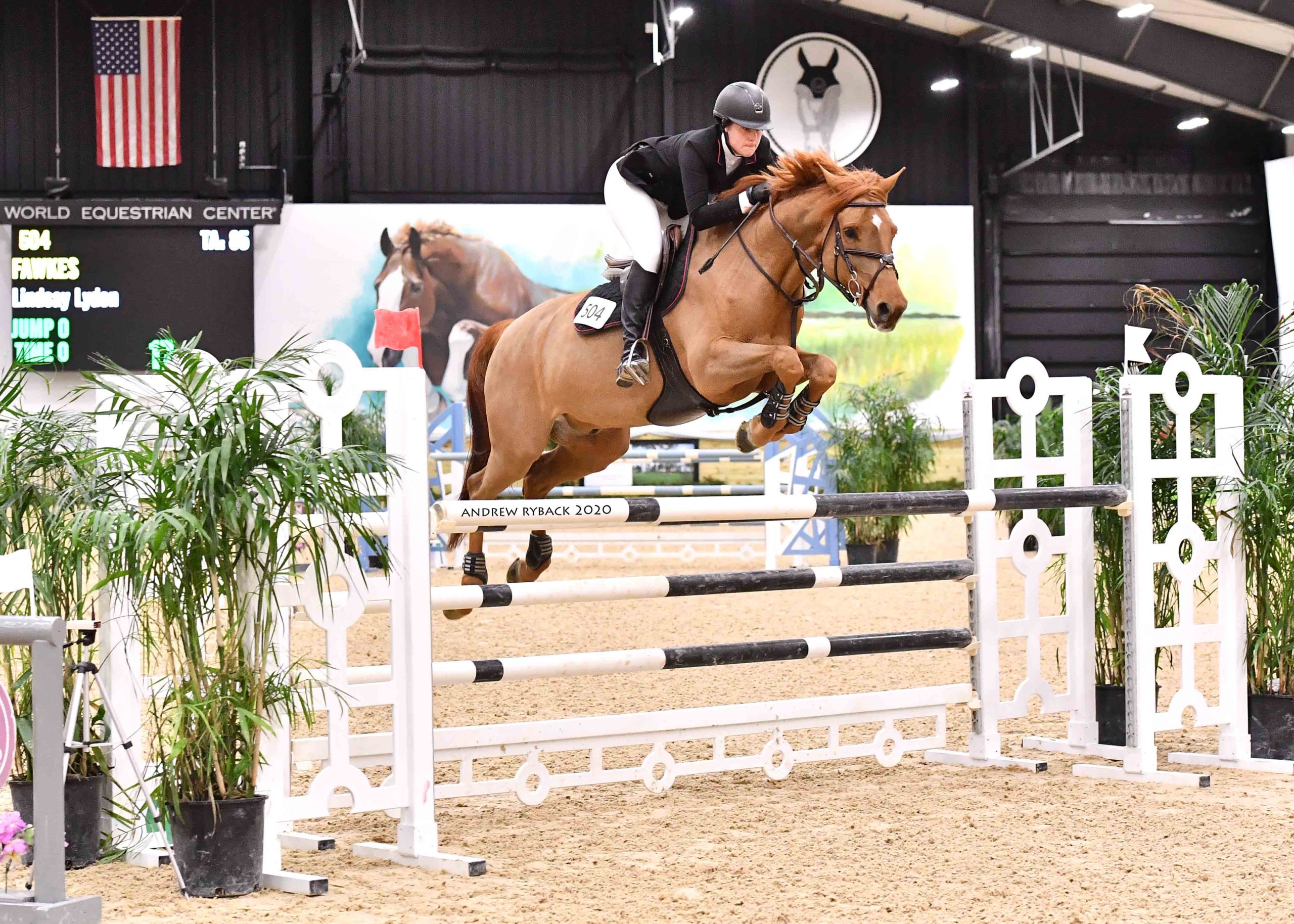 Saturday also saw exciting jumper action in the $7,500 Futures Prix 1.30 sponsored by Voltaire Design. Half of the entries advanced to the jump-off, but it was amateur Lindsay Lyden and her own Fawkes (Carthino Z x Tisral) who notched their first Futures Prix victory. About halfway through the order, Lyden piloted the compact chestnut gelding to a clear first round, stopping the clock at 75.898 seconds. The pair continued straight to the jump-off and crossed the timers at 30.074 seconds, which would ultimately win the class. Like many others throughout the week, Lyden was happy with the track for the class, “The course was great for him, it rode well and really flowing, almost hunter-like. You were able to pick up a good gallop with the long distances and the two one-stride combinations made you check your adjustability.”

The Roberts Arena also hosted the $2,000 Non Pro Derby 2’6″ on Saturday. Claire Austin and Anette Spicker’s Elouan (Viva Voltaire x Risklaja) emerged victorious out of 24 impressive entries. The eight-year old Hanoverian gelding and Austin earned only blue ribbons throughout the week in the Non Professional Hunters, ultimately ending up Champion of the division.

The World Equestrian Center Ocala prize list is vast, with more than 100 divisions from opportunity classes all the way up to Grand Prix. A draft prize list is available on horseshowing.com.