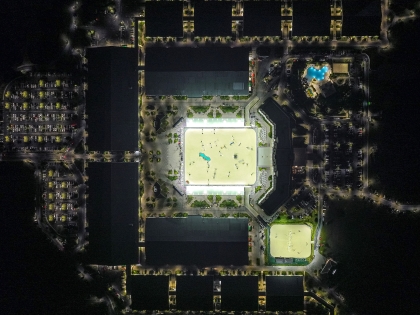 FEI Level III course designer Oscar Soberon will shape the tracks for the first week of the 2022 USEF Fall Show Series. Soberon is a well-known designer with almost 20 years of experience. He has showcased his skills at the Pan American Games, Winter Equestrian Festival and more. He has assisted with the build at the 2008 Olympic Games and 2009 World Cup Finals™, as well as numerous CSI shows and Nations Cups throughout his career.

Internationally recognized FEI Level III course designer Peter Grant (CAN) will take over the design duties for week II. Grant is well known for his experience at Spruce Meadows in Calgary, Canada, where he has designed numerous CSI5* tracks. He has supported course designing team at championships including the 2020 Olympic Games in Tokyo, Japan, 2007 and 2017 FEI Jumping World Cup™ Finals, and the 2010 and 2018 FEI World Equestrian Games.

The 2022 USEF Fall Show Series will close with courses built by Ana Catalina “Catsy” Cruz of Mexico. The talented FEI Level III designer has become an exhibitors’ favorite for her intricate designs. She has built numerous CSI courses around the continent at the Winter Equestrian Festival and shows in Traverse City, and she has showcased her talents at World Equestrian Center – Ocala on numerous occasions.

Click below for more information on the 2022 USEF Fall Show Series at World Equestrian Center – Ocala.

For more information on the 2022 USEF Fall Show Series at World Equestrian Center – Ocala, visit the button below.